Kraken has concluded multiple test campaigns with the system, including a trial in the Baltic Sea earlier this year. “I am really pleased with the results of the tests, and the attention we have been receiving across a wide range of industries”, said Dr. Jakob Schwendner, Managing Director of Kraken Robotik GmbH. “SeaVision® is applicable to a wide range of applications across multiple industry sectors, including offshore wind, oil & gas, nuclear, military and ocean science. Kraken has started commercial manufacturing of SeaVision® to conduct a series field evaluation trials with customers to further improve application specific performance.” 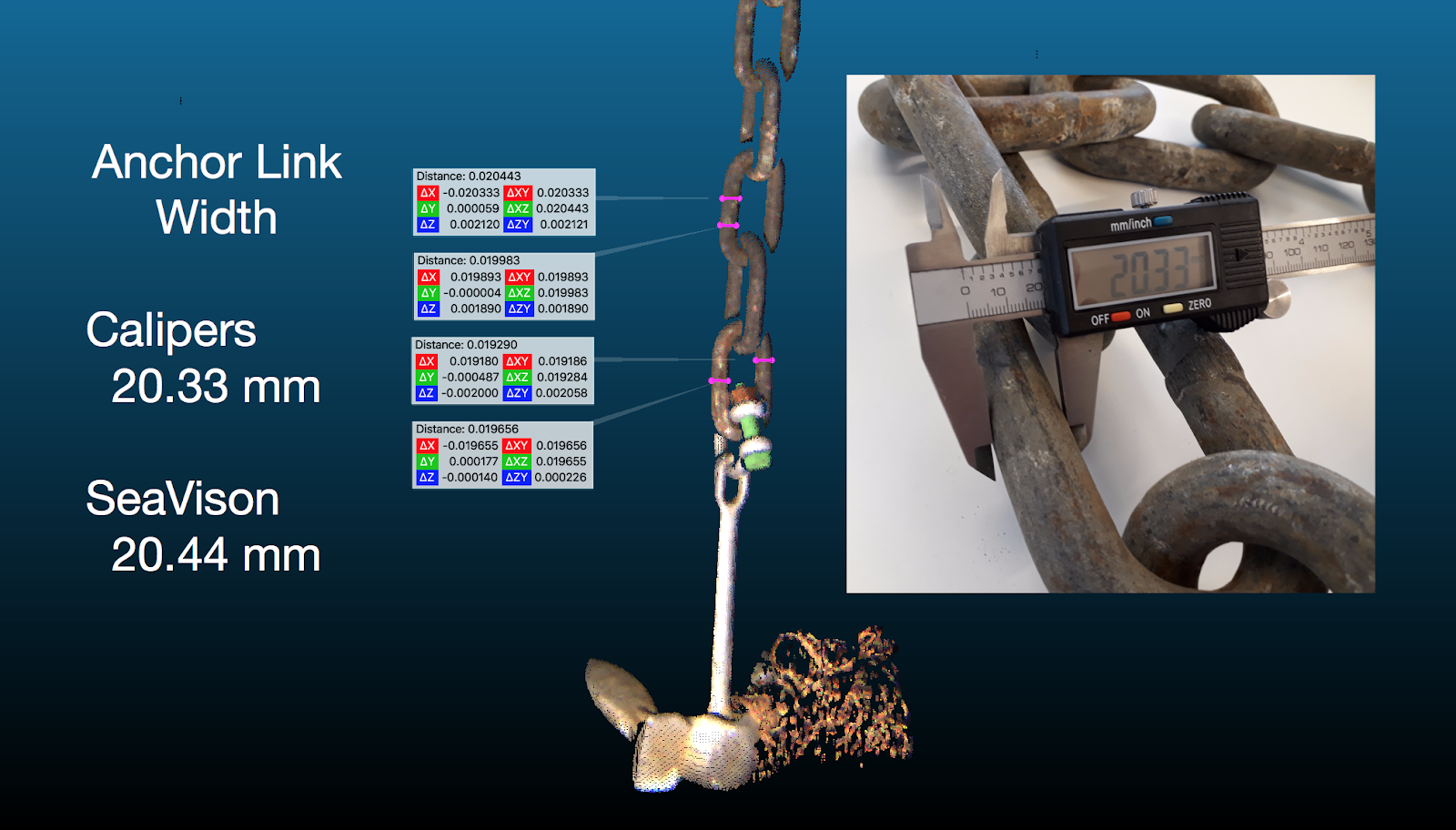 Equipped with a high-resolution camera and laser, the system allows operators to reconstruct objects on the seabed in such a way that detailed models can be subsequently produced for 3D visualization. Its 3D imaging capabilities include generation of geo-registered “as-built” models of structures on the seabed or in the water column, survey of subsea infrastructure and comparison against baseline models and detection of structural defects or other out-of-spec conditions that exceed threshold values.

SeaVision® uses a full colour laser scanning process that is repeated thousands of times per second to generate coordinate values of millions of points on a reflected surface. The coordinates and intensity associated with each reflected laser pulse are processed in real time to generate an ultra high-resolution point cloud. SeaVision® produces over 800,000 colored points per second and can reconstruct a 3D object in real-time with typical spatial accuracy of better than 2 millimetres. These datasets can be used to create highly detailed models for 3D visualization, artificial intelligence and predictive analytics.

About Kraken Robotics Inc.
Kraken Robotics Inc. (TSX.V:PNG) (OTCQB: KRKNF) is a marine technology company, founded in 2012, that is dedicated to the production and sale of software-centric sensors and underwater robotic systems. The company is headquartered in St. John’s, Newfoundland with offices in Dartmouth, Nova Scotia; Bremen, Germany; and Fairfax, Virginia. For more information, please visit www.krakenrobotics.com, www.krakenrobotik.de, www.krakenpower.de. Find us on social media on Twitter (@krakenrobotics), Facebook (@krakenroboticsinc), and LinkedIn.